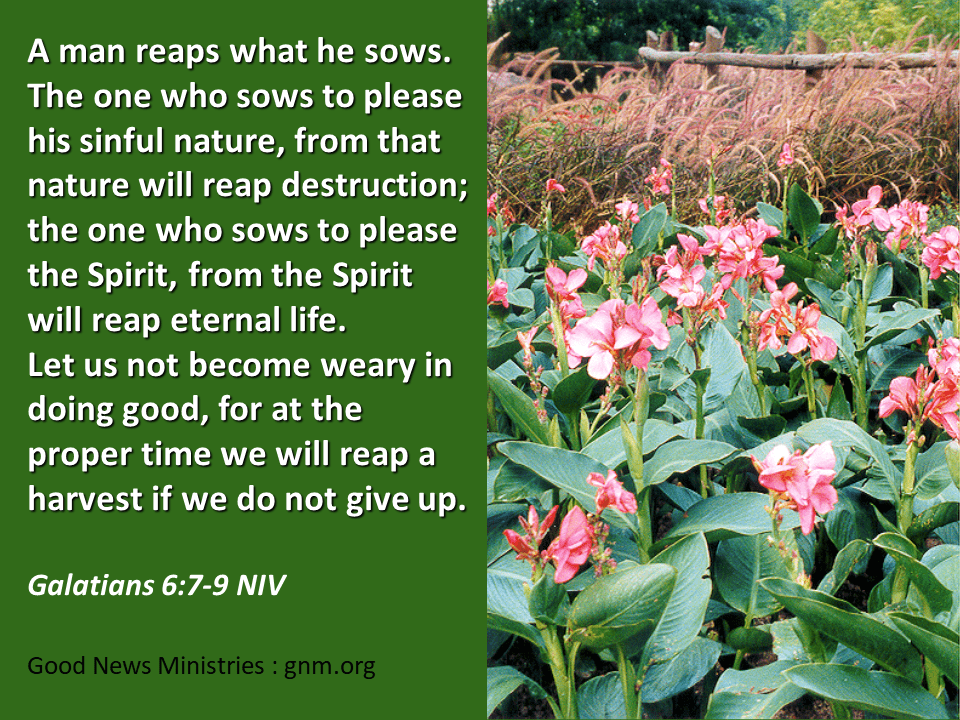 [ WordBytes on the Church Crisis ]

[ WordBytes on Victory in Spiritual Warfare ]

We’ve been living in an era of God’s mercy. Is it coming to an end? Is the era of Divine Justice starting soon? 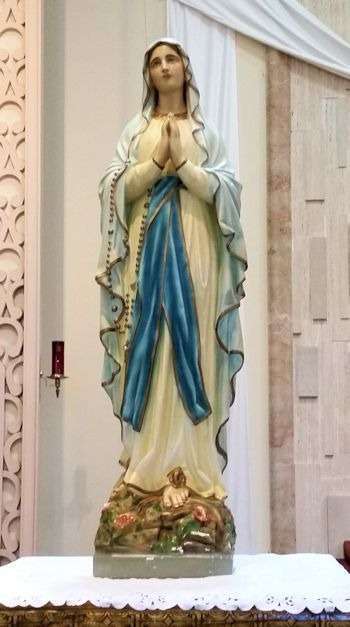 The Blessed Mother has said in her various apparitions that we’ve been in the era of Divine Mercy and that the era of God’s Divine Justice was coming. Saints and mystics have said so. Popes have said so. In April 2000, the second Sunday of Easter was officially designated as Divine Mercy Sunday. In 2016, we celebrated God’s mercy with a Jubilee Year of Mercy. God has been giving us (and the whole world) plenty of time to turn from wicked ways, and in his mercy he held back his Divine Justice.

But few responded to the opportunity. As you yourself have witnessed, evil has ramped up. Wickedness has spread and infiltrated nearly everything and everywhere. God knew this would happen.

Today (November 6, 2020) during my morning prayer time, the Lord showed me the unfolding of a plan — a plan that God designed before any of us were born. It involves the faith of three groups of people: the hot, the cold and the lukewarm, or the faithful, the faithless, and the fence-sitters.

The faithful are those who want Jesus to be the Lord of their lives. They do their best to love him with their whole heart, their whole mind, and their whole soul. The faithless, due to the lack of Christ in their lives, have been tricked by the Devil to become pawns of evil, spreading his wickedness throughout the world. And the fence-sitters believe it’s okay to have one foot in the Kingdom of God and one foot in the world.

Notice that in the Parable of the Sheep and the Goats regarding God’s justice in the end times (Matthew 25:31-46) there are only two groups: the hot and the cold. By the time this prophetic message would be fulfilled, Jesus will have already gotten rid of the lukewarm. He said in Revelation 3:15-19, “You who are neither cold nor hot, I wish you were either one or the other! So, because you are lukewarm, I vomit you out of my mouth.” People who have lukewarm faith — people who straddle the fence and claim to have faith but are not 100% on God’s side — make Jesus sick to his stomach.

If what I sensed was truly an enlightenment from the Holy Spirit, God explained to me that his mercy is working to benefit and prepare those who remain close to him. His Divine Justice is 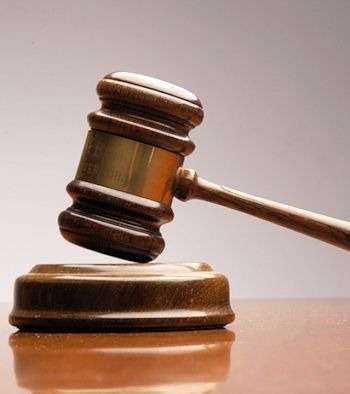 coming fast. We are in the middle of its beginning. His Divine Justice has begun to rise up from the groundswell of the cries of his chosen ones who have been calling out to him day and night. This includes the 60 million children who’ve been aborted (U.S. statistics; many more elsewhere).

Those who experience it without being united to Christ will find it terribly stressful and devastating. Earthshaking. And those who trust the Lord God will experience it with joy. We will suffer with the “goats” because we live on the same Earth. But we will gladly endure the sufferings because we realize that evil is being conquered and a new era of the Kingdom of God will rise up in its place. These sufferings will be easier to bear and lighter for everyone who knows how to hear and follow the guidance of God.

We are right now witnessing the Light of Christ exposing evil that’s been hidden. We are witnessing God’s hand of justice routing out corruption in the Church and in U.S. politics (and also elsewhere, but these two are the major fields of battle between good and evil).

For the sake of the faithful and with mercy for the lukewarm, this divine plan cannot happen all at once. We are living through layer after layer of darkness being exposed by the holy Light of Christ. You can see it if you’re paying attention to the right sources of information. The truth is easier to find now, but not all of us have the eyes to recognize it. For example, did you learn about the plot by Communists to demoralize the U.S. and pervert the Catholic Church since the 1920s? I’m very surprised when I hear from “good” Catholics (i.e., fence-sitters) who don’t want to believe evidence about the tactics of the Devil.

We are all now watching God’s hand peal away the coverings of darkness. Whether or not we’re willing to believe it’s true, we are witnessing the unprecedented involvement of God in U.S. politics as he exposes evil. Whether or not we blindly trust everything that the pope and bishops say and do, God is preparing to purge the Church. Jesus is preparing to break the neck of the enemy while the Blessed Mother crushes its head.

We need to trust God’s plan and his timing, which is always perfect. We need to keep our eyes on him when everything around us looks scary. We need to remember — and keep reminding ourselves — that God is working a plan for Divine Justice. No matter how scary it looks and no matter how rough it gets, someday we will look back on this and be very, very grateful for it. We will even be very grateful for the sacrifices we’ve had to make and the tough times we’ve had to endure for the sake of conquering evil.

God has been putting us all through a series of tests, and we haven’t finished going through them all yet. These tests are designed to separate the sheep from the goats, and the differences between these two groups are becoming more and more obvious to those of us who have eyes to see.

We are the sheep if we’ve made the purification of our faith life our highest priority and we’ve set our sights on personal sainthood. Because we desire to see things as God sees them, he is making it easy for us to identify who’s on God’s side of the battlefield and who’s not.

Have you noticed a decreasing interest in hanging out with friends who are not fully on God’s side? This is part of the process. We need to be available to those friends in case they want to repent and join God’s army, but we also need to surround ourselves with friends who can help us become better sheep.

In my prayer time, I saw three tests. They are designed to help people decide which side of the battlefield they choose to live on. The days of straddling the fence will come to an end — just like what happens when we die and face our personal judgment day. The tests are an invitation to choose to be either hot or cold. Those who choose to be heated by the fire of the Holy Spirit will be protected by the grace of God; the tests will increase our holiness.

The first test is the coronavirus and how we would handle it: Were we going to make God our highest priority, trusting him more than human understanding about the virus? Trusting him more than human princes who dictate how to respond? Trusting what the Lord reveals to us in our own personal prayer time and in scripture and Church teachings instead of what we’ve been told by politicians and shepherds who want us to be unthinking lemmings following them over a cliff?

The first test has been separating the wheat from the chaff (Matthew 3:12) in the Church, and even though the chaff has not been swept away yet, we are learning to see who is wheat and who is chaff.

The second test is political elections in the US, which will have worldwide ramifications. Do we have eyes to see the spiritual battle that is going on for the soul of America? Or do we prefer to think that it’s not as bad as others say they are? Are we clinging to our position on the fence when we think about which candidates want to increase the killing of unborn babies and which candidates oppose this? And in the battle of recounting ballots, do we have eyes to see God’s hand in this? Or do we just choose to look at it through earthly eyes, preferring to hold onto a view of this that makes us feel comfortable? Comfortable, as in pretending that it’s just politics, not anything demonic? Comfortable, as in adding a cushion to the fence because really it is darn uncomfortable to sit on?

Every test is meant to benefit those who desire to pass the test. Those who have no such desire are the ones who are suffering most from the difficulties of the test. The test we are currently going through is benefiting us who want to be wholeheartedly on God’s side of the battle against evil. God is teaching us to trust him regardless of what the evidence looks like. God is teaching us to rejoice in his plans even before we see evidence that everything is going to work out well. God is teaching us the importance of continual prayer — heartfelt prayer — in a spirit of thankfulness instead of fear.

The third test is going to be more difficult as God continues to purge evil from politics and from the Church. It’s going to get very ugly.

What we learn from the current test will help us with the next test. What do you suppose the next test will be? The answer is clear when you look at what we’ve been going through as a sort of timeline of the unveiling of evil to conquer it.

In the first test, we began to see which shepherds in the Church are actively engaged in God’s side of the battle. But there has not been any purging yet, no driving the chaff from the wheat. In the second test, we began to see more clearly which shepherds are on which side of the battlefield. They too have been undergoing the tests. We have been pleading to God for good shepherds, and he is not ignoring our cry. Some of the shepherds have become stronger and bolder for the kingdom of God and for the pastoral care of their flocks.

So what will the third test look like? I believe that it will be in some ways a continuation of the first and second tests. And the evil forces that are fighting for survival will be kicking up a storm that will be frightening indeed to anyone who is not looking at it through the eyes of Christ.

There will be a shaking that will sift out the chaff. It will feel like an earthquake threatening to break the Church in half. But it’s purpose will be to unite the Church more than we have ever been united in the past 500 years. Consider how during the first test we began to pray together for a common cause, but our togetherness was not very visible nor was it a concerted effort. And consider how during the second test our togetherness in prayer became much more visible, much more thought out and planned. Extend this pattern out to the third test. Imagine the united prayers of Protestants and Catholics who are wholeheartedly in love with the Lord and wholeheartedly on his side of the battlefield.

Seeing God’s Divine Justice in this light, it’s exciting to think about!