Are we in need of the Second Coming now? 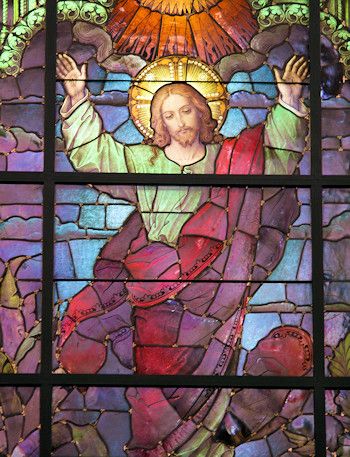 The verses of 1 John 2:18-21 say: “Children, it is the last hour.” Let’s look at: What is the “last hour”? When will it finally happen? Or has it happened already? For two millennia, people have been looking for the Second Coming of Christ, expecting it to happen soon, wishing it would happen very soon to rescue our world from evil-doings.

It seems like now would be a good time for it, right? In today’s world, we’re keenly aware of bad news and the rampant immorality that’s been occurring everywhere. And it’s only been getting worse. Where is Jesus? When is that “last hour”?

For the past 40 years or so, our world has been deteriorating. There was a time when we could leave home without locking our doors. Now we not only have to lock up everything, we don’t even feel safe walking outside the house. Crime has increased; respect for human life has decreased. Our incomes don’t buy as much, and more people are unemployed. Fewer families stay together, fewer mothers stay home to raise their children (mainly because of the bad economic times we’ve been living in), and fewer fathers take their kids to church. Fewer men become priests. Terrorists could attack again at any moment. And our planet is getting too warm — let’s not forget about the life-destroying problems of pollution.

Where is Jesus? When is that “last hour”? When is he going to rescue us from all of this?

Let’s look at the “last hour” in terms of history. History repeats itself; an analysis of historical trends reveals cycles of alternating renewal and deterioration. We are, in fact, at the same part of the cycle as the Great Depression and World War II was. It’s likely, in this part of the cycle that we’re now in, that things will get worse in the next few years, but eventually this will lead to a new renewal period.

As I’ve studied this phenomenon of historical cycles while praying about it, I’ve gained confidence in the belief that God will once again make good come from bad. For example, I believe that we will see an increase of vocations, because world-wide crises will produce heroes, and more young men will become interested, therefore, in the heroic side of the priesthood. (One thing leads to another.)

I also believe that we will see an increase in respect for the life of unborn babies because, by necessity, with our world becoming such a dangerous place, our society is becoming much more protective of children. Abortions won’t be stopped by legislation; abortions will be stopped by an increase in understanding the humanness of the fetus and the feeling that we are all valued, all to be protected (and by “all” I mean in the parents of unwanted pregnancies as well as the children of those pregnancies). Laws that make abortions easier will backfire in the not-too-distant future (my prediction is based on historical trends), because they will trigger a larger response from more people who want to protect life more than they had in recent history.

Remember, if we just look at the bad that’s happening, we easily lose hope. We naturally want Jesus to hurry up and bring us total victory over evil by destroying all evil-doers and rapturing us from this terrible world.

Instead, we should look for Jesus in what he is doing now and expect him to bring his victory to earth by making good come from bad. The “last hour” that scriptures speaks of is the era of the Holy Spirit, who empowers us to change the world. Instead of relying on the Second Coming of Christ to rescue us from everything, WE are empowered to change the world and overcome evil.

The Gospel of John 1:1-18 draws us back to the first hour: “In the beginning was the Word.” Jesus is the first and the last Word. As one year ends and another begins, let us ask: “Is Jesus truly the first and last Word in my life? What will I do in the new year to let the Holy Spirit transform the world through me?” 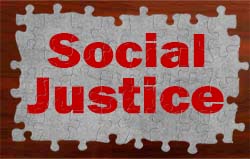