The Correct Posture at Mass

YOUR PATH: WordBytes » FAQs & Teachings of the Faith – Table of Contents » The Correct Posture at Mass 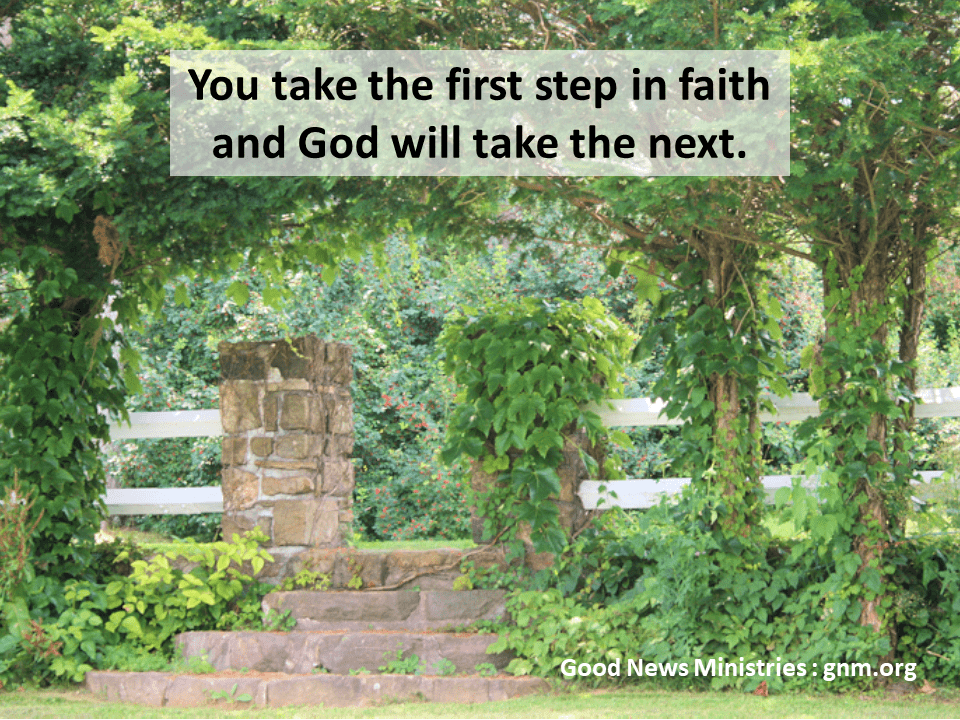 Should we be standing or kneeling? 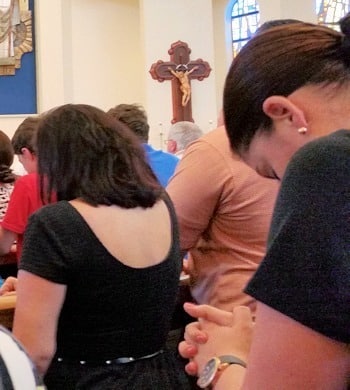 Oh what a blessing we receive when rituals are changed or taken away, because it makes us analyze why we were doing them in the first place! Take, for example, what happens when a parish that has always knelt during the Consecration of the Eucharist is told that there will be no more kneeling during Mass. There’s usually a big uproar about what the correct posture should be. Why?

After all, standing is a posture of respect, which is why we stand to sing the national anthem and honor our flag. Remember the old days of chivalry when a gentleman always rose to greet a lady? We still jump to our feet to give a standing ovation or when a dignitary arrives.

Theologically, it’s also correct for the people of the congregation to unify themselves with the priest who is presiding, standing when he stands. The Church teaches that there is to be uniformity of posture as a visible sign of our unity as the Body of Christ. This means that if you’re visiting a parish that stands when you’re used to kneeling, or that kneels when you’re used to standing, you should do what that parish does instead of being different.

Personally, I would rather kneel. It’s a sign that we’re humbling ourselves before God, and since we in America are generally not very humble, kneeling in Mass is good for reminding us that Jesus must increase and we must decrease. Jesus deserves the most respect we can muster, so if I had my druthers, we’d all be lying prostrate on the floor!

When the pastor announces that standing will replace kneeling, the question provoked by this change is: Do I disobey the priest and kneel when everyone else is standing, because my heart tells me to kneel, or do I disobey God (i.e., what I believe is God’s will) by standing, even when kneeling is a more profound act of reverence for me?

For many people, this is a non-question. They have not been kneeling out of reverence but out of duty, not out of love for God but out of mere human tradition. For them, obedience to the priest IS obedience to God. Jesus says in Mark 7:1-13, “This people pays me lip service but their heart is far from me. Empty is the reverence they do me ….”

Every ritual gesture and body posture during Mass should affect a change in us, otherwise doing them is meaningless. Crossing ourselves should put us more in touch with the Lord who died on the cross for us. Blessing ourselves with holy water should separate us from the worldliness that’s outside the church. Holding the hands of our neighbors during the “Our Father” should make this a communal prayer instead of a string of words we recite individualistically.

“Disregarding God’s commandment and clinging to what is human tradition” happens when we put aside the Law of Love to legalistically perform a ritual. In the hierarchy of Church laws, the rules that address rituals are changeable “human traditions” meant to guide us in HOW we practice our faith; they are of lesser legal importance than the unchangeable laws that address WHAT is our faith and our morality.

The bottom-line question is: What are my motives for doing — or not doing — a ritual or gesture? Can I remain standing in Mass and have an attitude of humility? If not, can I let go of the restraints of legalism to kneel when others are standing and still have an attitude of love for God AND for the community I’m with?

May love rule our rituals and our actions never be lip service!

What do the official Church rules say about it?

Before I spell out the official Church teaching on this issue, let me re-emphasis the point I just tried to make: Let us not be so concerned about the “right” physical posture in Mass that we lose track of the right posture for our hearts. The humility we have and the reverence we hold within us for Jesus and His presence in the Eucharist is far more important than whether or not a pastor makes us stand or kneel, far more important than whether or not the pastor “puts people on the spot” about choosing between fitting in with the crowd out of obedience to him and following their conscience which tells them to kneel.

Standing is a posture of reverence and respect. More than that, it’s the posture that the Church has always used as a visible sign that we are a people of the resurrected Christ. Kneeling is the posture of repentance. It was never meant to be the only posture of humility. It originated as an act of penance.

The new revision of the General Instructions of the Roman Missal (GIRM), promulgated in 2000 and issued with U.S. adaptions in 2002, instructs that: “In the dioceses of the United States of America, they should kneel beginning after the singing or recitation of the Sanctus [“Holy, holy, holy Lord, God of power and might…”] until after the Amen of the Eucharistic Prayer, except when prevented on occasion by reasons of health, lack of space, the large number of people present, or some other good reason. Those who do not kneel ought to make a profound bow when the priest genuflects after the consecration. The faithful kneel after the Agnus Dei [“Lamb of God, you take away the sins of the world, have mercy on us…”, which is after the sign of peace] unless the Diocesan Bishop determines otherwise.”

Spelled out step by step, here’s the timing of everything:

The priest finishes the Eucharistic Prayer with “Amen” and now we stand for the Lord’s Prayer. The GIRM is mute on what hand gestures should be used in the U.S. for the “Our Father” prayer; it’s up to the parish. Holding hands is allowed as a sign of our unity. The Eucharist gifts us with unity, so such a visible sign is very appropriate, but it should never be forced on those who feel uncomfortable with physically touching strangers.

After the Sign of Peace, the priests break the bread and we pray together: “Lamb of God, you take away the sins of the world: have mercy on us….” Now we kneel until we stand up to receive communion.

The communion song is not the time for private prayer. Kneeling is no longer required. We have left our pews to receive the Body of Christ as individuals (“Lord, I am not worthy to receive you, but….” ) and we returned to our pews united as a community — the word “community” means “with unity” and it’s no coincidence that “communion” and “community” are so similar; they mean the same thing. We are to show our unity by singing together. We are to show the victory over sin that Jesus bought for us with His body and blood by standing, which is a sign of being a resurrected people. We have prayed, “… but only say the word and I shall be healed” and Jesus said the word! (However, if a local pastor decides to allow kneeling at this time, he is allowed to do so for the sake of the people. But once we know that we have been healed and that standing is a sign of this, we should let the pastor know we’d like to stand here as the GIRM instructs.)

After communion, when everyone in the community has finished receiving the Eucharist and the priest returns to his chair, a period of silence may be observed, or a psalm or song of praise may be sung. The revised GIRM of 2000 stresses the importance of slowing down the Mass for times of quiet reflection. This is the time for the private prayer you wanted to make after receiving Jesus in the Eucharist.

Why is the U.S. allowed to have different norms than the rest of the world? Because they are GUIDELINES and not MORAL LAWS! There is a hierarchy of laws, and we are not to be legalistic in our practice of rituals. The GIRM says: “It is up to the conference of bishops to adapt the actions and postures described in the Order of the Roman Mass to the customs of the people. But the conference must make sure that such adaptations correspond to the meaning and character of each part of the celebration.” By the same reasoning, pastors are allowed to make variations from the norms in their parishes with their bishop’s approval.

We must not allow ourselves to get lost in the emotions aroused by our personal preferences. If we are more concerned about doing things the “right” way — if we are more interested in being legalistically “right” than in being humble of heart and loving in our motives — than we are only paying lip service to God! And if we think that doing it the “right” way automatically makes it the loving way, we are right here and now being challenged to discover that we are committing the very same “lip service” that Jesus warned about in Mark 7.

The first time I was told to stand when I was used to kneeling, I felt a lot of strong emotions. It took me a long time to process what the Lord was trying to teach me through it. Thus, from my own experiences, I can advise you: Please calm down :o) and go into prayer and listen to what the Lord Himself is teaching you through this challenge.

Other questions about correct posture during Mass:

“I thought in the U.S. we were supposed to obey the U.S. bishops and kneel like it says in the missal. Can a parish priest change this?”

The directives may be adapted to whatever is appropriate on the local level, but the priest defers to the guidelines promulgated by his (arch)diocese’s Liturgy Office.

One final thought: This topic causes strong reactions because we know that Jesus is truly present in the Eucharist, but do we remember that He is also truly present in the people around us? St. Francis of Assisi believed that the right posture to have when meeting people is to genuflect before them because Jesus is in them. Even those who are not baptized or converted to the faith were made in the image of God and therefore deserve to be treated with the same respect that we give to Jesus in the Eucharist.

The Correct Posture at Mass: Should we be standing or kneeling?