To Touch the Hem of His Cloak 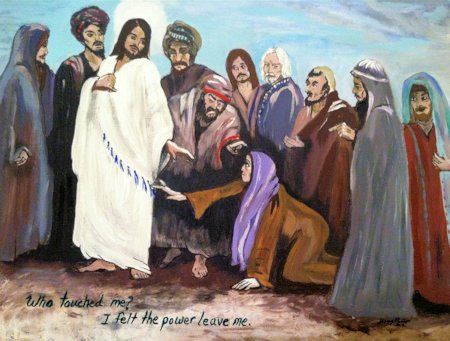 A large crowd followed and pressed around him. And a woman was there who had been subject to bleeding for twelve years. She had suffered a great deal under the care of many doctors and had spent all she had, yet instead of getting better she grew worse. When she heard about Jesus, she came up behind him in the crowd and touched his cloak, because she thought, “If I just touch his clothes, I will be healed.” Immediately her bleeding stopped and she felt in her body that she was freed from her suffering.

At once Jesus realized that power had gone out from him. He turned around in the crowd and asked, “Who touched my clothes?”

“You see the people crowding against you,” his disciples answered, “and yet you can ask, `Who touched me?’ “

But Jesus kept looking around to see who had done it. Then the woman, knowing what had happened to her, came and fell at his feet and, trembling with fear, told him the whole truth. He said to her, “Daughter, your faith has healed you. Go in peace and be freed from your suffering” (Luke 8:24-34 NIV).

Can you imagine what that experience was like for me? Me, a poor Israelite woman who had been sick so long, I had given up on ever getting healed.

At first, I didn’t see Him, but I heard the people’s shouts of praise. I could feel the excitement of someone really special being in town. Then, when I heard the name Jesus, I remembered reports about tremendous healings that had happened because of Him. He had even brought people back from the dead! Surely Jesus had the power to heal me.

It looked impossible to reach Him, though. He was walking in the opposite direction and quite a large crowd surrounded Him. I fought to get through the people, working my way closer and closer to Him. I wondered if I would ever reach Him before He slipped into the temple where I was not permitted because I’m a woman. So I struggled through the people with more determination, hoping to just get close enough to touch His robe.

I knew when I was getting near Him, because I began to notice a strange but wonderful sensation of love beyond all I’ve ever experienced in my whole life. And then — I saw Him! My heart pounded so loudly, I thought it would burst if it didn’t calm down. But I moved closer. Only a few more layers of people to squeeze around… all I wanted to do was touch His garment. I knew that if I could do that, I would be healed.

Suddenly, I found myself standing near Him. Only His disciples stood between Him and me. I stretched out my hand between Peter and John, and finally my hand just barely touched the hem of His robe as it blew toward me from the slight wind caused by His strides. Now I knew I would be healed! I had touched something that belonged to Him! I felt so excited and I wanted to rush home and check to see if my bleeding had stopped.

But Jesus halted just then and turned toward me and said, “Who touched me?”

My joy turned instantly to fear. “Oh no!” I thought. “I’ve disturbed Him. He knew I touched Him. I guess I shouldn’t have touched Him. Did my hand taint Him or dirty Him because of my bleeding? Why does He want to know who touched Him? Oh no!!! What have I done? Will He have me scourged for defiling Him? I can’t get away. The crowds are too thick. I must try to get away — quickly!”

Filled with doom and riddled with guilt, and having no way to quickly escape this embarrassing scene, I mustered up the courage to face Him and admit, “It was I, Sir. You see, I’ve been bleeding for twelve years and I thought, after all I’ve heard about You, that if I just touch Your cloak, I might be healed from this.” I was ready to go on with my apology, but Jesus interrupted me and said:

“Go now. Your faith has healed you.”

But there was something even more dramatic and wonderful going on. Jesus had not let me get away without paying attention to me! He made sure to stop and seek me and find me and then tell me that it was my faith that had healed me. But more than His words … it was in His eyes. He cared about me! He looked right at me. He spoke to me. He listened to me. He wanted to know what He was healing in me. He was concerned about me!

There is no greater love we could have than loving Jesus Christ. For this love is not a one-way love. When we go to Jesus, when we bother fighting the crowds of people who tell us that our faith is stupid or that we believe in an invisible, distant God, and when we persist and work our way to Jesus in spite of all those who get in our way, Jesus is not only there to heal us. He stops, turns, and looks at us and talks with us and connects with us. Our love for Him is not a one-way love. Jesus loves us back.

© 2000 by Nancy Gardner Viola
Please share this with others by inviting them to visit this page. You may also print this for your personal use and you may share the print-out with others as long as you do not edit the print-out.

AMEN! PRAISE BE TO GOD

0
Reply
YOUR PATH: WordBytes » Healing from Suffering – Table of Contents » To Touch the Hem of His Cloak 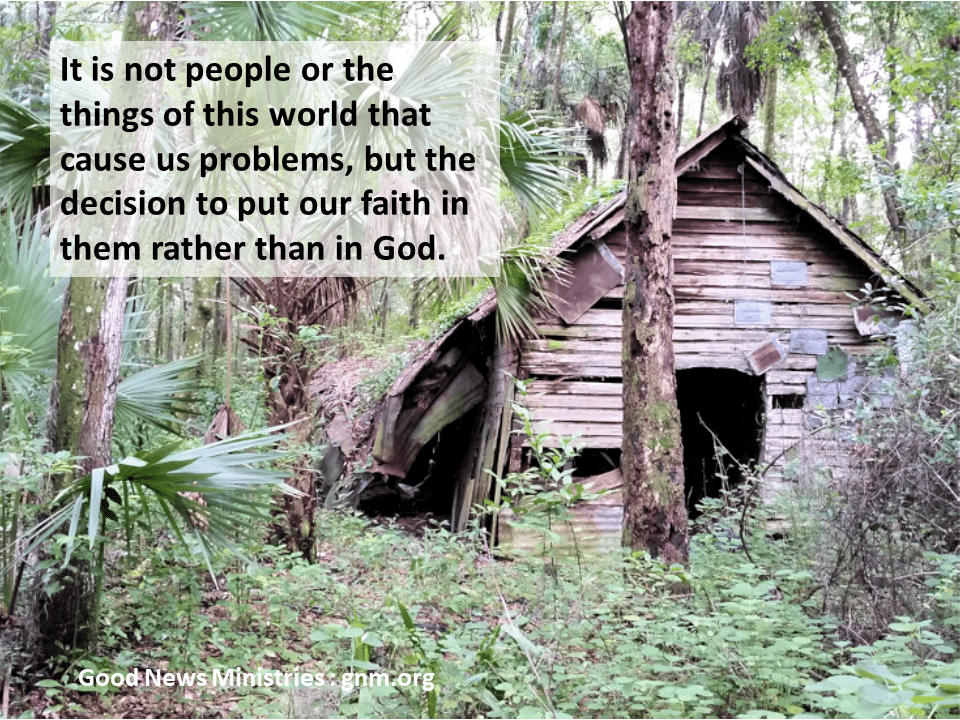