How to Receive God’s Comfort

YOUR PATH: WordBytes » Healing from Suffering – Table of Contents » How to Receive God’s Comfort 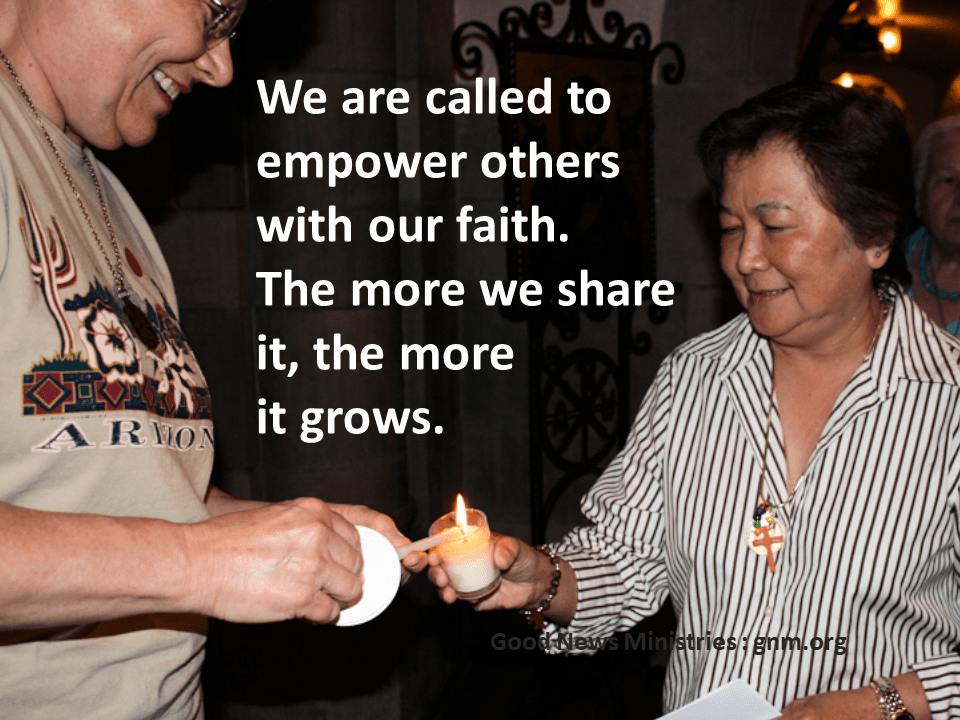 When one has been abused, especially when it’s occurred over and over again, it’s very difficult ~ it even seems impossible ~ to feel God’s comfort, let alone be aware of His compassion and unconditional love. The question is asked: “If God really loves me, then why did He allow the abuse to happen? Where was He when I needed His protection?”

“Though you have made me see troubles, many and bitter, you will restore my life again; from the depths of the earth you will again bring me up. You will increase my honor and comfort me once again.” (Psalm 71:20-21)

Here is the true story of a woman in her 40s as she received God’s comfort amidst the pain of sexual and physical and emotional abuse. She’d been to a therapist for several years before coming to me for spiritual healing. During one of our sessions I felt led by the Holy Spirit to say: “It’s time to kneel down before God and open yourself up to whatever He wants to do with you. It’s the only way to find out that He will not hurt you, that you are totally safe with Him, and that He will not take advantage of your vulnerability to cause you more pain.”

It was advice that was extremely difficult to say yes to, but with sheer determination, she did say yes, and posted below is what happened.

Anger and hurt are like a reversible shirt. One side of the shirt is called Anger. It is black and devil-red and not very pleasing to look at, but when you turn the shirt inside-out, it is white. This side is called Hurt. It has the brightness of God’s Love with the blood stains of Jesus on it, and a picture of the Cross on which He died. God understands our anger as being the same garment as hurt; however it is when we face the hurt that He can begin to comfort us. 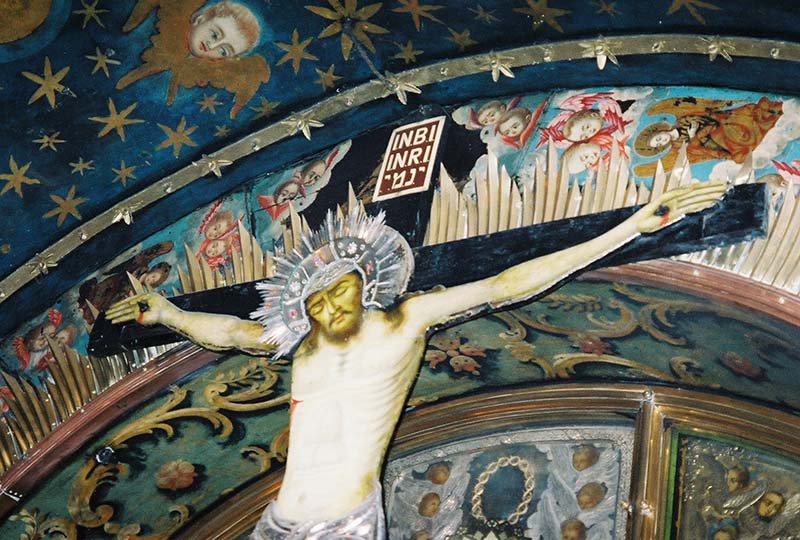 I went to my room and shut the door behind me. I fell to my knees in front of the crucifix and began to pray, longing to feel the comfort of the Lord ministering to me. I worked at humbling myself before the Lord and once again felt the pangs of victimhood. I then allowed Him to do anything He wished to me, included making me suffer in some way. I flinched as I imagined Him hitting me on the top of my bowed head ~ but He never did.

Just then, WBVM* began to broadcast the Rosary on the radio. It was the Sorrowful Mysteries.

The first decade began, the Agony in the Garden. I heard Jesus begin to cry as memories of my abuse began to unfold. I remembered sitting on my bed and crying as I waited for someone to come in and do something awful to me. I could feel again the terror caused by this waiting for doom. Then I heard Jesus crying with me. Together we wailed away.

Then He asked me if I was waiting on Him because He was going to do something bad to me, and I told Him, “No.” After that, we stepped through the years of tears I cried, and I heard Him crying louder. I felt honored that He cried with me, but then He said to me, “I am not crying for you alone; I am crying for my children who are hurting you. For your suffering, you already have been given a mansion in my Father’s house, but it is they who hurt you for whom I weep for the loudest.”

The second decade began, the scourging at the pole. Jesus wanted me to see my scourging. My brother was whipping me and making me scrub the kitchen floor on my hands and knees with a scrub brush and bucket of water. He kept yelling at me, “SLAVE! WORK SLAVE WORK!”

I cried harder and Jesus was crying right along with me. My mind flashed through all the unfairness that was thrown on me, and each step of the way, He was right there. Once again He asked me if I saw Him abusing me. I told him, “No.”

The third decade began, the crowning of thorns. Jesus brought to view the crown being pushed onto His head, but just for a moment, for once again, He took me to my own suffering. He showed me my mother on top of me, pinning my shoulders to the floor with her knees, my head in her hands, crashing my head onto the cold hard kitchen floor over and over again. Jesus wailed louder, crying for my mother more than for me. Then He asked me if it was He who was beating my head into the floor and I said, “No.”

I began to calm down as I began to realize that Jesus was not my abuser, nor did He have anything to do with it happening to me. He was weeping for us over what was going on. But He was never the abuser.

The fourth decade began, the carrying of the cross. I felt the weight of my cross being flung upon my shoulders, the weight of other people’s burdens that had been laid onto my back. I had my baby sister on my hip and I was tending to her crying. I was in charge of my mother’s house. I had never looked at this as a burden, but Jesus pointed out that I was nine years old and the mother of my mother’s children. He told me, “You were a baby that never got to be a baby.” I cried for myself. I saw myself fixing chicken in the kitchen and felt the guilt of everyone getting sick because I didn’t know how to cook it all the way through. God relieved me of that guilt by saying, “You were only a baby. It was not your responsibility; it was your mother’s responsibility.”

I was crying for the nine-year-old mother that I was forced to be, but once again, Jesus was crying louder and harder for the people who had forced this upon me. He asked me once again if I saw His hand in the abuse anywhere. And once again I said, “No.” I began to recompose as we finished this decade.

The fifth decade began, Jesus dying on the cross. Jesus let me see Him hang on the cross and pointed out the nails in His hands. Then He took me back to my childhood bedroom. I remembered the first time my brother raped me. As I recalled the pain (this was hard to do, because I had shoved this memory back so far that it was almost gone from view), Jesus flashed the hammering of the nail into His hand and cried out with the greatest agony of all. He received every pounding of the hammer because of the violation put upon me, and He made sure I knew He was crying mostly for those who were abusing me.

I no longer felt like God’s victim. As we began to pray the Hail Holy Queen prayer, I asked God to forgive my brothers. I repeated this over and over again. For the first time in my life, I meant it. When I kissed the cross on my rosary beads, I imagined what it must have been like for Mary Magdalene to have kissed His precious feet. I kissed the beads and thanked Mother Mary for bringing Her Son to me. And then I went to Father God and crawled up into His lap, with praises of Jesus on my lips.

Oh, my Lord ~ How blessed we are to have such a loving, kind and merciful God!

*WBVM is Spirit FM 90.5 & 88.3 of the Diocese of St. Petersburg in the Tampa, Florida, area.
Please share this with others by inviting them to visit this page. You may also print this for your personal use and you may share the print-out with others as long as you do not edit the print-out.