Keep Christ at the center, the Word of Truth in your heart, and the traditional teachings of the Catholic Church as the guardian of your soul.
Get ready for October! Use the mini-course on "THE WARNING" & OTHER PROPHECIES now. 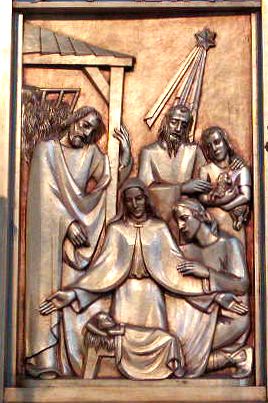 Please share this with others by using the social sharing icons at the bottom of this page. Or request a printable copy that's licensed for distribution here, unless it is indicated above that it is already available from Catholic Digital Resources.
Printed from: https://wordbytes.org/faqs/Mary-mother-of-God/