February 11 - HELPERS FROM HEAVEN video and lively discussion on Zoom.

How to be a Handmaid of the Lord,
Like Mary 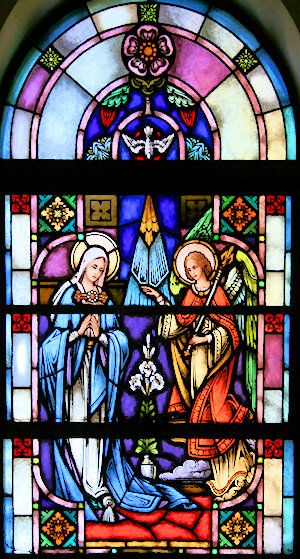 On December 12, we celebrate the Feast of Our Lady of Guadalupe and recall, in the Gospel reading at Mass, the story of the Annunciation (Luke 1:26-38). Mary became a pure vessel in which God dwelt during the nine months of pregnancy. Her “yes” to the special vocation of serving the kingdom of God as the mother of the Messiah did not end when her Son died on the cross. She became mother to the whole Church.

Please share this with others by using the social sharing icons at the bottom of this page. Or request a printable copy that's licensed for distribution here, unless it is indicated above that it is already available from Catholic Digital Resources.
Printed from: https://wordbytes.org/evangelization-ministry/how-to-be-handmaid-of-the-Lord/

To print this or distribute it to others, please go to Catholic Digital Resources.