How God worked through our babies who died

YOUR PATH: WordBytes » Bereavement – Table of Contents » How God worked through our babies who died 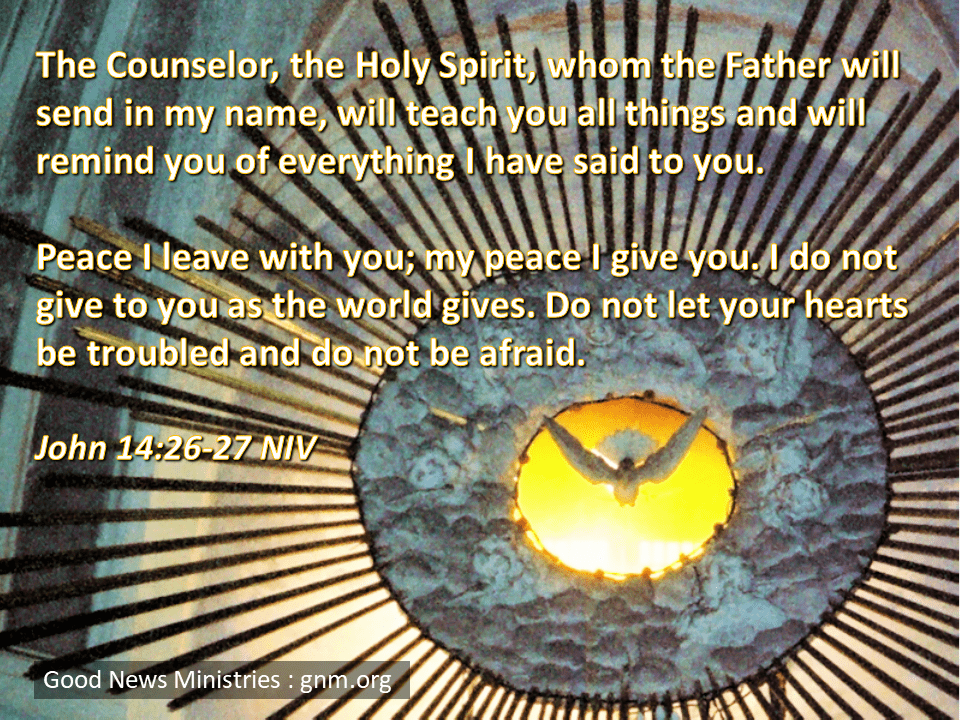 Because our babies died shortly after birth, I have gone through a lot of grief, but I feel very blessed, because God has given us three angels who are praying for my husband and me every day. I call them our angels because they lived on this earth for such as short time, and while they were here, they truly served as God’s messengers. 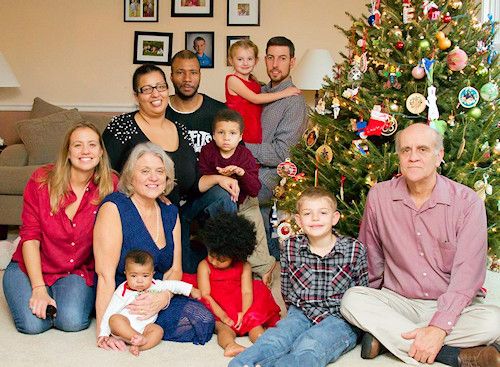 My husband and I both come from families with six children. When we married, we looked forward to starting our own family. Our first daughter was born just before our third anniversary and was beautiful and healthy. 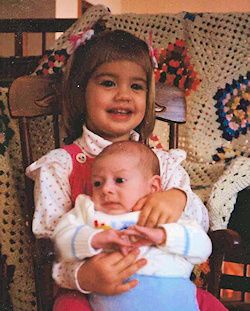 We were thrilled when two years later I was pregnant again. My pregnancy went well, and Michael was born on December 7, 1983. From the start, however, he was not heathy. He did not gain weight; in fact at 2 weeks old he weighed less than when he was born. Babies do loose weight when they are born, but they usually put it back on within the first two weeks. Not only that, but he started vomiting on a regular basis.

He was breast feeding and the doctor told me to supplement with formula. He got worse. They hospitalized him and he put on a little weight, so they sent him home not knowing if there was anything wrong with him.

When he continued not gaining weight, they hospitalized him again. This time he started running a high fever and his blood counts were all over the place. His liver and spleen were both enlarged. They transferred him to Children’s National Medical Center, in Washington, DC.

The next day, they started asking us questions about family history. Did any other children in our families have any kind of symptoms like this? Not that we knew. Then my mother remembered that her older sister’s first son had very similar symptoms. He died at 18 months old, before I was even born!

The doctors were pretty sure they knew what was wrong, but there were no tests available at the time to know for sure. They also were unaware of any treatment. Our son was going to die. They were pretty sure he had a genetic blood disease that acted like leukemia, Familial hemophagocytic lymphohistiocytosis (FHLH). This rare disease is carried by both parents.

Not only was our son dying with no known treatment, but there was a one in four chance that each time I got pregnant, our child could have the disease. Michael died just before he was three months old.

In order to confirm that this was in fact the disease, they did an autopsy and we were able to get the autopsy report of my dead cousin, which they compared and confirmed that both had died of this awful disease. We were in a state of shock and did not know what to do. We had genetic counseling and our options were not good: Take our chances or we could try in vitro fertilization with a donor sperm. As Catholics we did not like this option. 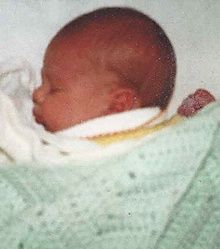 We were afraid, but God took it out of our hands, and I was pregnant again. Again I had an easy pregnancy. Jeffrey was born October 23, 1985 at almost 10 lbs. and 23 ½ inches long. How could such a big boy be sick? Within two weeks, though, he began showing signs of the disease. He was admitted to Children’s Hospital at 3 weeks old.

The doctors told us that they could treat him with chemo therapy. At one month old they started the treatment. For two weeks he was given chemo that is used for leukemia, but the side effects were devastating. The disease had gone, but Jeffrey died on Michael’s birthday from the complications of the chemo.

A one in four chance, and we lost again.

To deal with my grief, I tried to start a support group, mostly to get doctors to communicate better on diagnosis and treatment. I wasn’t getting much response from the doctors, but I was given the name of a man who was forming a support group for children with another type of histiocytosis. Even though treatment was not the same, the same doctors treated both diseases, and we felt we had a better chance of getting results if we combined the two types into one organization.

The Histiocytosis Association was soon formed. Since the founder, Jeff Toughill, had it well underway, I did not really have anything to do with the running of the organization, but I found it a help for me.

A year later, I was again pregnant. I got their help looking for a doctor who knew a lot about FHLH. I wanted to be prepared in case this baby also had this disease. I was given the name of a doctor at Yale/New Haven Hospital in Connecticut. I talked to Dr. Diane Komp on the phone several times during my pregnancy.

My doctor said to me, “why don’t you ask her if they would like samples of your baby’s blood, umbilical cord and placenta, whether or not your baby has the disease”. When I asked Dr. Komp, she was skeptical. They were unaware that children could have this disease before birth. They believed that something after birth triggered the onset of the disease, but she agreed that she was willing to try. 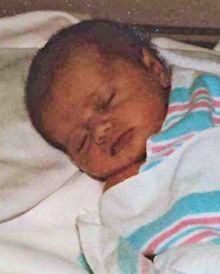 My baby’s due date was December 7, Michael’s birthday and the day that Jeffrey had died! Was God telling me to be prepared? The week before Laura’s birth, I felt very little movement. Please God, not again.

When I went into labor, my doctor called Dr. Komp to find out how she wanted him to prepare the samples to send to them. The baby was already showing signs of distress, so my doctor did an emergency Cesarean section. Laura was born with an enlarged spleen and low platelets. She was bleeding internally. They wanted to rush her to Children’s Hospital, but we refused. She was so sick, and we decided that we did not want to see anther child go through the awful side effects of the chemo. We could not get our priest on the phone to baptize her so they had the Hospital Chaplain do it. Laura lived only 5 hours.

We were devastated. How could God give us three beautiful children and take them away so quickly?

We decided to adopt. Because it was so soon after Laura died, the local agencies were not willing to work with us. They said we had to go through the grief process first. One of my friends had adopted a child from Columbia, South America. She recommended that we join a group called Latin American Parents Association. We started the process, and a year later we gladly adopted a two-year-old girl from Costa Rica.

In the meantime, God was working to show us that our children’s lives had not been meaningless. With the samples that the doctors received from my baby, they learned a lot more about the disease. Because they now realized that the disease could present before birth, one baby in particular was treated with chemo therapy in utero. That boy, Andrew, is now 20 years old. And with the formation of The Histiocytosis Association, doctors have better communication for treating and diagnosing FHLH and other histiocytosis diseases.

But that is not the end of the story!

Dr. Komp also writes Christian books about her experiences. She had mentioned Michael and Jeffrey in one of her books, so when she sent me a manuscript about Laura’s story, to get permission from me, I happily gave it to her. I am a straw artist and, I had told her that, in the previous year, I had been invited, along with my fellow wheat 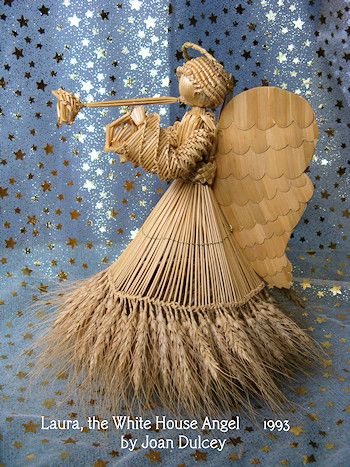 weavers, to make an angel ornament to decorate the White House Christmas tree. I had named my angel Laura, after my baby girl.

She told me that her book would be out around Christmas. I did not hear anything more about it.

After Christmas, I decided to look in the local Christian bookstore to see if they had the book. I didn’t find anything with the title she had told me, but I found a book by her entitled Bedtime Snacks for the Soul. I bought the book and started reading a story every night. Each were about a page or two long.

One night, I fell asleep reading her book. When I woke up, the book had fallen open to a different story: “Laura, the White House Angel”. Oh wow, it was there all along! And it is the longest story in the book.

That evening, I went to a women’s group at a friend’s house and shared the story. The friend began to cry. I asked her what was wrong. She told me that she had had an abortion when she was in college and had never gotten over it. Although she had four other children now, she still mourned her lost baby. She was also drinking too much because of it. After listening to Laura’s story, she decided to go for counseling. Today she is a very healthy, sober teacher and grandmother!

But it doesn’t end there! God was still working through Laura. I called Dr. Komp the next day to tell her about my friend, and she told me another story. She gives talks to different groups and often she starts with “Laura, the White House Angel”. Just a few nights before, she had been talking to a group of Christian medical students, and after her talk two of the woman came up to her and told her that the story had moved them so much that they wanted to start a bereavement group for women who have had abortions. Wow! Laura only lived 5 hours outside the womb, but look at how many people she was helping!

Laura’s story would not have gone the way it had if it was not for our loss of both Michael and Jeffery. I would never had met Dr. Komp, who played such an instrumental role in all of this.

I teach art at a Catholic School, and I share my children’s story with my eighth graders before they go on The March for Life. I want them to know why life is so precious and why we are against abortion. I leave them with this thought:

Laura only lived five hours, and look at how God had a plan for her!

Let Jesus minister to you:
See more WordBytes on Bereavement >>

© 2016 by Joan Dulcey
Please share this with others by inviting them to visit this page. You may also print this for your personal use and you may share the print-out with others as long as you do not edit the print-out.