Experiences with the Communion of Saints

YOUR PATH: WordBytes » Bereavement – Table of Contents » Experiences with the Communion of Saints 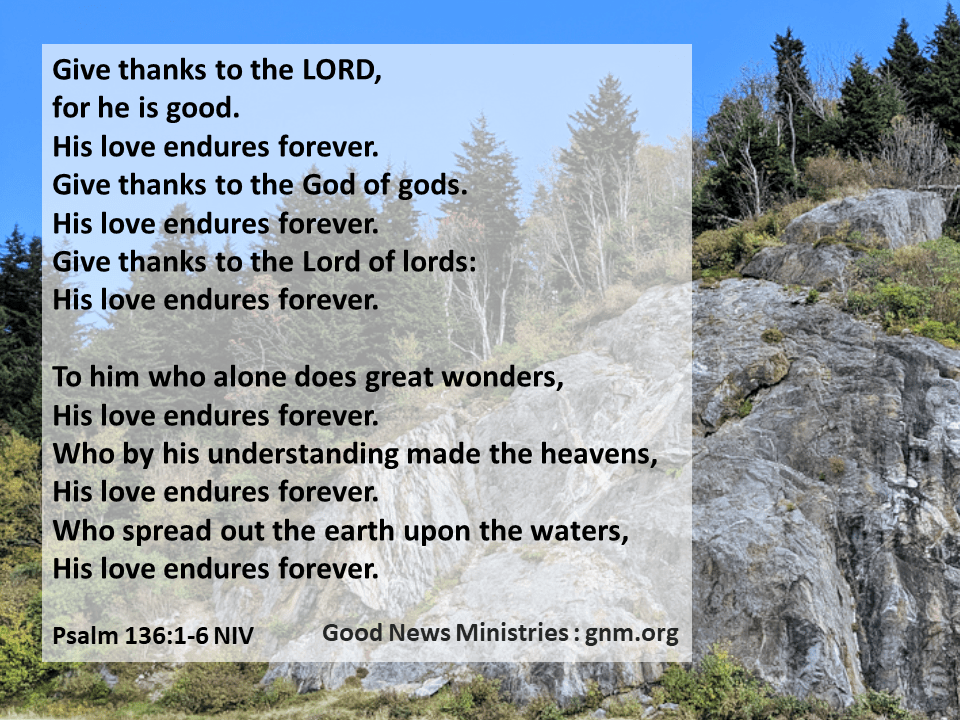 Miracles when a loved one passes on

The following are true stories about the Communion of Saints. They are the testimonies of real people who have experienced miraculous touches of love after a dear one has gone home to be with Jesus.

When my father-in-law had to have an ileostomy from his cancer, he could not bear to let his own children take care of him and see him in his weakened state. His daughters tried to care for him, but he literally ran away from their home. 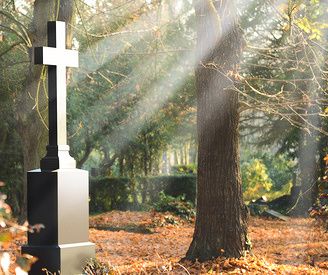 Dad and I had a special relationship. We shared our love of Jesus and the Holy Family. I was able to convince him to come and stay with us, promising that his son would not see him like he was. We took care of Dad for six months before he passed from this world into life.

I would always pray the rosary with him and read the scriptures to him, play Christian music for him and, before he died, we walked through the book Healing the Dying by the Lynn Brothers. It was a very blessed time in my life.

One night, while I was sitting at his bedside, I heard the Lord speak to my heart and He said, “I have saved the best part for your eyes only.” I didn’t understand at the time, but the afternoon that Dad passed away, I was the only one present to see. My husband, Joe, had gone to the pharmacy to get more medication for his dad, and my mother-in-law was asleep on the couch.

I heard Dad make an odd sound, so I went into the bedroom to check on him. He was in extreme pain, so I went to get his morphine injection. I gave him the shot and noticed that he was looking past me and above my head. I felt the presence of love. I looked at Dad and knew he was in communion with Jesus. I saw his face turn from torment to peace, from old to young — in an instant. I remember saying, “Its okay, Dad, go with Jesus.”

The room filled with bright light and a warmth that could not be described. Dad smiled at me. Then the bed bounced a bit and Dad left. The room immediately filled with the fragrance of roses, which stayed in that room for three days.

I lost my own father to cancer in 1993. His death was so sad. He had spent his whole life angry at the Lord and jealous of my mothers relationship with Jesus. I pray for my father all the time; my mom and I had prayed over him before he died.

Less than a year later, my mother died of cancer as well. I was not able to be with her when she died, but my sister and brother were there. They described to me that she was talking to someone and that her face changed in front of their eyes to peaceful and childlike. Then the room filled with the fragrance of roses. (She used to say the daily rosary and read scripture daily and her life was dedicated to the love of God.)

I look forward to seeing them in heaven and I know that they are praying for me and enjoying the presence of the King of Kings.

We told my Dad it was all right to go if it was his time. We would miss him, but we knew God had a special place for Him.

Later, my three sisters were with my Mom and me on the dock at Mom’s home, and we all talked and spent the day with him. He had gotten very weak earlier. The next day, he died in his wheel chair sitting on the porch while taking a nap (about 6:00 pm).

What comfort God gave us.

We also lost our youngest son in September of 2000, when he was 20. The morning of his funeral, it rained. We lay in bed knowing we did not have the strength to get through this. Our family came in and prayed with us until we could get up.

Just prior to leaving, we were called to the back yard. In the sky was the most beautiful rainbow. The rainbow was like a message that said, “I have not forsaken you and am always with you and with Matt.”

The strength of the Lord rode with us and held us in the palm of His hand. God is good, and all the angels of family and friends came forward and lifted us up and still doing so.

I asked Father Joe to remember my father at Mass, who had died 19 years earlier. I had never prayed for him before, but for some reason I felt compelled to do this. As Father Joe said his name, the most wonderful feeling came over me. For lack of better words, I will call it the warm fuzzies. I just knew that, at that moment, my father was taken to paradise. I only wish I had done it sooner, but we do everything in God’s time.

We lost our youngest son, Shane, two years ago at the age of 24. The evening Shane passed away, we of course didn’t sleep. My dear sister and her husband came to be with us.

I silently prayed to Our Heavenly Father to give me a sign that Shane was happy and with Him. Very early the next morning, as dawn was finally breaking, my brother-in-law went out onto our balcony and yelled for us to come out. There, in the frozen creek that runs behind our place, was a huge heart, perfectly shaped, melted through the ice and snow. The heart was approx. 6 ft. across and 7 ft. in length. It was my sign, our sign. We took many pictures of this wondrous heart, as did some of our neighbours, who had never seen anything like it before.

Since then, I have had only what I could describe as soul connections between my son and me. There is absolutely no doubt in my mind. Our Heavenly Father also allowed my son to come to me in the dream state, and once again, it was no dream; it was as real as me sitting here right now typing this.

I have felt his presence around me sometimes. I have felt the presence of my parents and my beloved grandmother around, shortly after they passed away also.

I pray everyday for my loved ones who have gone before me, and I know in my heart that one day, when it’s my turn, I will see them again. How all-loving Our Heavenly Father is, to give us that sign of the heart, and to allow the soul of my son to reconnect with me. Every time I look at those pictures, it reminds me of how much God loves us and how He helped to ease a grieving mother’s heart and still continues to do so.

I don’t need or want psychics, mediums, etc., I have Our Heavenly Father, whom I wholly trust and love to turn to. And through the Communion of Saints, I have experienced the love of those who have gone before me, my beloved son in particular. How good our loving Father is! I will spend eternity thanking Him for many things, but especially for the heart and the other times I have had reconnections of love from my family and my son.

My father died 11 years ago, and when he died I was not sure of his spiritual state at all. I fretted that he might have fallen through the safety net our Lord provides, though I had been with him when he died and was praying as mightily as I knew how to at the time.

Three days after his death, as I was driving into town, all of a sudden the sun broke through the clouds in a singularly beautiful and unusual fashion, sending rays of light down from heaven. I received the distinct feeling that I was getting a message from God assuring me that my father was alright and in the Father’s hands. At that moment, I was filled with peace for the first time since my father’s death — and it lasted for a very long time.

My most beloved, faithful, mother died alone in a sterile hospital bed in 1962. My father and sisters and brother had left her side an hour earlier to return home. I was not allowed at the hospital to visit her that entire week of her last days on earth, as there was a rule back then that children under a certain age could not visit. I was 12.

Because my siblings and I (all ten of us) were torn apart by the fact that Mom died alone, we vowed that Daddy would not have the same experience. When his time came thirty-one years later, we, their children, held vigil day and night with “PopPop”.

He had been a very strong, very spiritual, very hard-working, generous son of Polish immigrants. Pop worked around the coal mines here in northeastern Pennsylvania. He returned home dirty and cold and exhausted every day, but ever so proud that he was able to work and provide for his family.

In his final days, we kept his TV tuned to EWTN, because he enjoyed hearing the Rosary (especially the one that had the Creed being led by the “little blue girl”, as he called the young girl with the veil who stood out in the field). He kept his Rosary on his bed. (He also enjoyed the local “polka show” on TV. In his day, Dad had been quite the dancer; in fact, he and his “sweetheart”, our mother, were introduced at a polka dance at our church. Thus began the most beautiful love story I’ve ever known!)

Pop’s kidneys were giving way in the weeks before his death. He begged us, “No more doctors, no more hospitals.” We honored his wish. And, as he lingered in his home in the weeks prior to, during, and after the Christmas of 1993, there were always four or more of his children by his side, day and night.

I was in my home on the morning my father left us. I remember lying on the sofa trying to catch some sleep. (I lived next door in a duplex, next to the “homestead” where our loving, faith-filled parents had made a wonderful home for us.) I remembered how Daddy would say that “loved ones” come for you when you are ready to leave earth. I began praying to Mom. I asked her to please tell Daddy it is okay to leave us now; he had been a wonderful Daddy; taking care of “their brood” all those years after she had gone to the Lord. I asked her to please, please come for him. He had suffered enough.

Six o’clock on that snowy January morning, (the day following his 86th birthday), a little while after I had prayed fervently to Mom, our Daddy/Pop-Pop returned to the Father in heaven — and to an eternity of well-deserved rest in paradise alongside his beloved Sophie. I sensed the angels rejoicing that morning. I imagine those “sweethearts” were more than likely “dancing” again, together!

Experiences with the Communion of Saints