THE HEALING WOUNDS OF JESUS 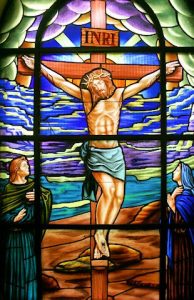 As I struggled to understand God’s Word, I learned something about the miracle power of suffering. And as I related my pain to what Jesus went through on Good Friday, I discovered the healing power of His wounds. (Terry Modica, Founder of Good News Ministries, 1993)

The following is a series of descriptions of how Jesus suffered for you, as revealed by saints and mystics through the centuries and by scientists today. The Church teaches that private revelations, such as those included here, may be used to deepen our faith, but they are not essential to believe, because only Holy Scripture and Church doctrine are incontrovertibly true. The quotes here have been compiled to help you find healing through Jesus, to give you a deeper experience of His love, and to inspire you to return that love more fully. The crucifixes we see today are cleaned-up versions of the horrible torture Our Lord suffered out of love for us. Keep in mind, as you meditate on the graphic images in this article, that Jesus gladly and willingly subjected Himself to these intense pains because HE LOVES YOU! 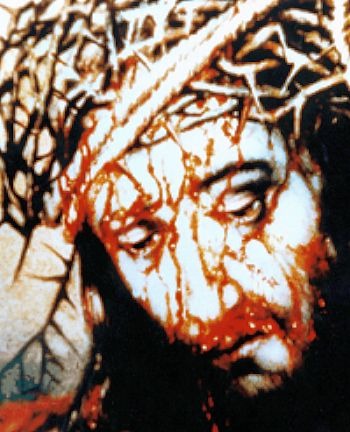 Let us be amazed, instead, at how much Jesus loves us, how much suffering Jesus chose to put Himself through in order to rescue us from sin and death. Let us be amazed at how very much He wants to heal us, for:

Please share this with others by using the social sharing icons at the bottom of this page. Or request a printable copy that's licensed for distribution here, unless it is indicated above that it is already available from Catholic Digital Resources.
Printed from: https://wordbytes.org/healing-wounds-of-Jesus/

6 thoughts on “The Healing Wounds of Jesus – Start”