The Parable of the Unhappy Pig

YOUR PATH: WordBytes » Modern Day Parables – Table of Contents » The Parable of the Unhappy Pig 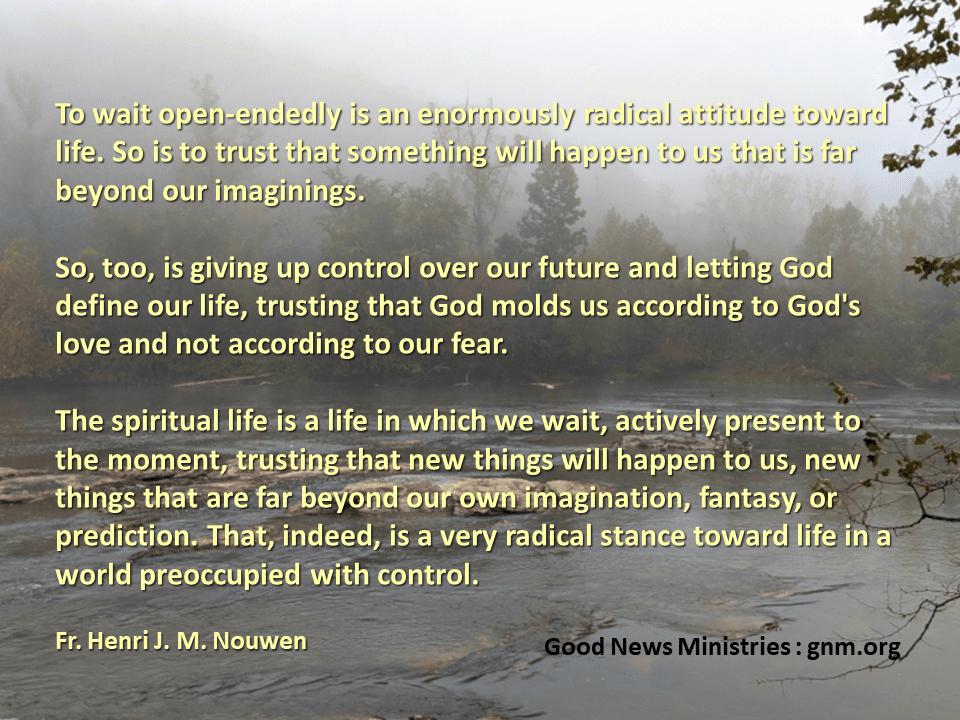 This story is a modern-day parable in two parts. In part 1, the unhappy pig reveals our attitudes in loving those who are difficult to love. Part 2 is about what happens when love is rejected. 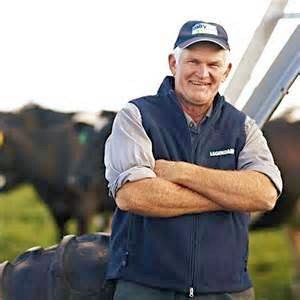 Once upon a time, there lived a Farmer who owned many kinds of animals, and he loved them all equally. It didn’t matter how useful they were to him or how beautiful they looked, he enjoyed spending time with each one. When he fed them, he would always join them in their field or stall or pen, to talk to them, stroke them, brush them, pat them and play with them. By the end of the day, he smelled just like them and he didn’t even mind.

But his Wife did. “Whew!” she exclaimed, pinching her nose. “The house is clean — let’s keep it that way. Please go take a shower!”

The Farmer loved his Wife, so her reaction did not offend him. He washed off the farm dirt and animal smells without a moment’s hesitation. Then he gave her his attention all evening, talking to her, stroking her emotional needs, brushing her hair, patting her on the back for the work she had accomplished, and playing her favorite games.

One evening the Farmer said to his Wife as they relaxed by the fire, “Today, all the farm animals told me how nice you’ve been to them.”

The Wife smiled. “Yes, I try to love them as you love them.”

“But there is one animal who is unhappy with you,” the Farmer said.

“Which one?” asked the Wife, genuinely concerned.

“The Pig said you only stop by long enough to say hello and you never play with him in his pen.”

“Well, I really do love him. I try to show him my love by giving him extra table scraps,” noted the wife. “I know he likes that.”

“Yes, but you never get into the pen with him to tickle his belly or stroke his back.”

“My dear husband,” said the Wife. “If I got into that Pigpen, I would get dirty. Very dirty! The ground is one big sloppy mud puddle, and the Pig loves to roll around in it. I prefer to look at him and talk to him without getting into the mud with him.”

“I understand,” said the Farmer. “But keeping your distance makes the Pig very unhappy. When I visit him, I let him slosh around and splash mud on me.”

“I cannot be like you,” the Wife replied with a sad frown. “You wear high farming boots but I have no high farming boots. Besides, it’s hard for me to see the beauty of the Pig that lies beneath the layers of mud. It’s easy to give attention to the Horse; he looks graceful running quietly in the field and he’s helpful when he takes me where I need to go. I can even enjoy the Ox whose strong muscles make it possible for you to plow the fields. The Rooster isn’t beautiful, but he helps me get up in the morning. The Hens can be nasty sometimes, but they provide me with good eggs to eat. The Pig — I know he is smart and friendly, but he keeps wallowing in the mud. I don’t know how to enjoy his intelligence and friendship without getting sucked up into his mud.”

The next day, the Farmer explained to the Pig what his Wife had said. 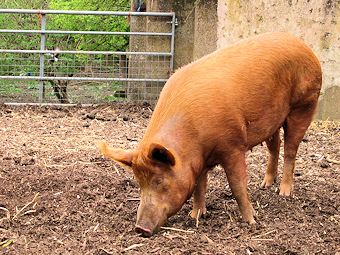 “Then I will take a bath,” said the Pig. “I will make myself look clean so that your Wife will want to spend time with me.”

Later, when the Farmer’s Wife went out to visit the animals, the Pig snorted loudly and asked her to visit him first.

“See what I’ve done!” said the Pig. “I washed off the dirt and I’ve been careful all day so that no mud would get splashed up onto me.”

“You look like the most beautiful Pig I’ve ever seen,” said the Farmer’s Wife. “Here are some extra table scraps for you to eat. I’ll see you again tomorrow with more food from the house.”

“But why won’t you come in and play with me?” asked the Pig.

“My dear Pig,” said the Farmer’s Wife. “You look clean, but how long can you stay clean? And how long can I stay clean if I join you in your pen? You still live in the mud.”

One day, the Farmer’s Wife looked out the window of her house and saw the dark figure of a man approaching the farm.

“Who is that?” the Wife asked her husband.

The Farmer’s expression grew sad. “That is the Butcher. He is coming to slaughter the Pig.”

“No!” said his horrified Wife. “We can’t let that happen!”

“Go to the Pig and see if he’ll let you hide him from the Butcher.”

“I will! I will!” said the Wife as she hurried to the pig pen. 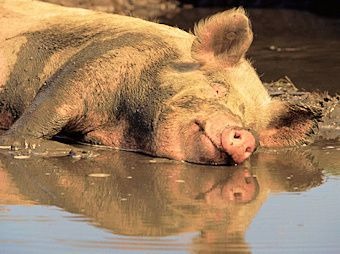 When she got to the pig pen, she found the Pig rolling around in the mud, as usual. She greeted the pig from far enough away to avoid getting splashed by his mud.

“Your life is in danger,” she told the Pig.

“I don’t see any danger,” replied the Pig.

“The Butcher is coming! “

“Trust me, he’s coming. The Farmer and I saw him walking down the road toward our farm. Come out of this pig pen, and let me take you to the house. The Farmer will clean you up, and when the Butcher arrives, he won’t recognize you. And you should stay in our house from now on. The Butcher will never come looking for you there.”

The Pig laughed. “I know you mean well,” he said, “but I don’t want to leave my pig pen. I love my pig pen. It has all this mud that I enjoy so much. If I move into your house, I’ll have to stay clean. Yuk! That’s not me. Those hard floors are not something I’m familiar with. I don’t know how to roll around on those floors and have fun.”

“But you don’t understand, my dear friend,” pleaded the Wife. “Our house will protect you from the Butcher. It is good to be clean. It is good to live with the Farmer. You’ll like it even better than your old pig pen.”

The Pig shook his head. “It’s you who don’t understand. I have been enjoying this pig pen with its delightful mud for as long as I can remember. I’ll lose something very important to me if I leave it.”

“If you stay, you’ll loose your life!” said the Farmer’s Wife.

As the Pig laughed in disbelief, the Butcher arrived. He greeted the Pig with a friendly smile and said, “Hello, friend. May I join you in your pig pen?”

“Do you like to play in the mud?” asked the Pig.

“Oh, yes, I sure do, especially if I can play in the mud with you.”

So the Butcher walked into the pig pen, got down on his hands and knees, and rolled in the mud with the Pig. While they played together, the Farmer’s Wife noticed that the Butcher had a chain in his pocket — a chain for the Pig’s neck to lead him off to the slaughterhouse. The Wife ran back to the house to find her husband.

“The Pig won’t listen to me!” she told him. “You’ve got to do something to save him!

The Farmer hurried to the pig pen with his Wife close behind, and he watched the Pig and the Butcher play together.

“Don’t just stand there, do something,” said the Wife to her husband.

“But you can open his eyes so he can see the Butcher for who he really is. Wash the mud off his eyes.”

“I have opened his eyes many times,” said the Farmer with great sadness, “and for a moment he sees how nice the farm is outside of his pig pen, but he prefers to stay in his pig pen because it’s familiar. He puts the mud back on his eyes so he doesn’t have to deal with the reality of the unfamiliar.”

With tears in her eyes, the Wife yelled at the Butcher, “You leave that Pig alone! Get out of there!”

The Butcher looked at the Farmer’s Wife. “Only the Pig can make me get out. Pig, my friend, do you want me to stop playing with you?”

“No! I’m enjoying you. You’re the only one who’s willing to get into the mud with me.

The Farmer stepped up to the gate of the pig pen. “That’s not true,” he said softly. “You know that every day I visit you in your pig pen.” He opened the gate and entered the pen, but he did not get dirty.

“Stay out!” said the Butcher. “You’re not willing to play in the mud with my friend, so stay out.” In a jealous rage, he threw some mud onto the Farmer. The mud slid off without leaving a stain or a mark. The Butcher then took the chain out of his pocket and slipped it around the neck of the Pig.

“I’m leaving and I’m taking the Pig with me,” said the Butcher. “I have a right to take him. You are not as good a friend as I am, because you are not willing to get muddy with him.”

“That’s right!” agreed the Pig. “You’ve never allowed yourself to get muddy with me. This other man is a better friend than you are.”

“Oh, but I have gotten muddy with you,” said the Farmer. “Don’t you remember? I covered myself with the mud of every Pig in the whole world, including your mud, my dear friend. And then I let this Butcher kill me in your place. But he could only keep me dead for three days. I am alive today as your Farmer because love lives forever.”

The Butcher sneered and began to lead the Pig by the chain. He said to the Farmer, “Your love will do the Pig no good because he loves his mud more than he loves you.”

“That is true,” said the Farmer with a sigh of great sadness. He looked at the Pig with deep tenderness. “It is up to you,” he told the Pig. “Do you want to go with the Butcher or do you want to come live with me in my house where I can protect you from the Butcher?”

“This friend is no butcher,” replied the Pig. “He won’t kill me. But you want to kill my spirit by destroying my love for the mud.”

“Yes, my friend,” said the Farmer. “If you come live in my house, your old way of living will die. But you’ll enjoy your new life — more than you can imagine.”

“Don’t listen to the Farmer,” said the Butcher to the Pig. “If you come with me, you can keep your mud. I accept you as you are, mud and all, but the Farmer clearly does not. If he truly loves you like he says he does, he’ll let you keep your mud.”

“I want to keep my mud,” answered the Pig.

“Then I cannot protect you from the Butcher,” said the Farmer.

And with that, the Butcher pulled the Pig’s chain and led him down the road toward the slaughterhouse.

The Parable of the Unhappy Pig