A man named Abbot died and met Jesus at the entrance to heaven. The gate was named “The Moment of Death and Resurrection”.

Abbot had been a good man. As a teenager, he had heard the call to preach. After college, he went to seminary, became an ordained minister, married, and brought two children into the world.

He lived to a very old age. Throughout his life, many people enjoyed his sermons and stories, his friendliness and his politeness, and they described him as “charming”. When he died, a crowd of people came to welcome him to heaven — relatives and friends and neighbors and members of his congregations who were now enjoying the afterlife with Jesus.

Abbot felt ecstatic about seeing them again. Had he known that this welcome awaited him, he would have been more willing to die. “What a wonderful reception!” he thought, “and I have eternity to spend with these people, catching up on stories, telling them what I’ve been doing, enjoying our friendships, spending time with my favorite uncle, and feeling Mom and Dad’s love more than I ever did on earth.”

Jesus drew Abbot’s attention back onto Himself. Jesus held a small baby in his arms, holding her tenderly, and he showed her to Abbot.

“Who is she?” Abbot asked as he felt somehow connected to her.

“She is the daughter you aborted,” Jesus answered.

Abbot recoiled. “That’s impossible,” he said. He had spent fifty years denying that an actual human had been conceived in his wife’s third pregnancy and then killed by his choice.

Jesus held the baby out and invited Abbot to accept her and hold her.

Abbot stepped backward, unable to stop looking at this baby and, at the same time, unable to grasp the Truth. “No, I– I can’t.”

Jesus smiled mercifully. “She has been waiting a long time to be loved by you.”

The baby’s eyes locked into the soul she could read in Abbot’s eyes. Abbot began to cry. “This can’t be,” he said. “I didn’t–. Oh my Lord, what have I done?”

Jesus said, “She has forgiven you, and she has been well taken care of here in heaven. She is completely loved by My Father and by all these people you see here, but she has been waiting a long time to be loved by you. Will you give her your love now?”

Abbot, still unable to look away from his daughter’s face, slowly nodded his head. Jesus beamed a huge smile, and Abbot could feel it reach deep into his soul. With a new inner strength, he reached out to accept the baby into his own arms. Awkwardly, and then with growing warmth, he held the child close and cradled her with love that he hadn’t realized had always existed within him.

“Give her a name,” Jesus said.

“What– What have you been calling here? What does everyone else here call her?”

Abbot began to feel the baby’s love for him, and his heart swelled with joy and deep regret for being loved by someone he had never loved. “I give her the name Elizabeth.”

And suddenly, Elizabeth was standing beside him, holding his hand, appearing as a child the age of seven. “What happened?” Abbot asked Jesus. “Why does she look older now?”

“Her growth was stunted as she waited to be loved by you. Now that she is receiving your love and is able to give you the love she’s been longing to give you, she is ready for you to play with her and enjoy her company.”

Elizabeth looked up at her father. “What would you like to do, Daddy? Let’s go on an adventure!”

Abbot looked at Jesus and asked, “What’s possible here, Lord? One of my favorite activities on earth, when I was a young man, was to go hiking on beautiful mountains.”

Jesus grinned. “You can certainly do that here. Choose any mountain anywhere in the world. Here, you won’t get tired and achy from strenuous climbs.”

Elizabeth hugged her daddy and said, “I would love to go hiking with you!”

Abbot felt delighted and wanted to start the adventure immediately. But Jesus stopped him with a gentle but firm hand. Softly, He said, “There is more for Me to show you, first.”

Just then, Abbot became aware of many other aborted babies surrounding Jesus. “Who are they?” he asked. 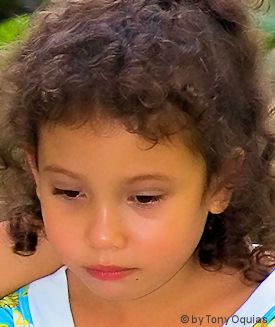 Abbot recoiled again. The pain of regret struck him like a deep sword, multiplied by each child he saw. It became an agony greater than any he had felt on earth. Jesus continued, “The sin has been passed from person to person and generation to generation. You were given a great responsibility as a minister of the Word. I am the Word, but you chose to make up your own words to call good bad and bad good. You interpreted scripture according to your own rebellious ideas and you passed those interpretations onto others.”

“Of course you did. Temptation always feels right to the person who wants to disobey the Word.”

Abbot’s favorite uncle stepped forward and laid his hand compassionately on his nephew’s shoulder. “You remembered me and admired me as the rebellious ‘black sheep’ of the family. I have been waiting for what has been, to you, many years so that I can ask your forgiveness for the choices I made that contributed to your rebellion.”

“It’s not your fault,” Abbot said to comfort his uncle.”

The uncle replied, “Will you forgive me for the influence I had on you that was not Christ-like?”

“Well, yes,” Abbot said. And then he looked to Jesus and said, “Nobody’s perfect.”

“That’s not the point,” the uncle said, “but your forgiveness makes a difference. Thank you!”

Jesus explained, “Ever since he passed from earth, he has been yearning for this gift from you. He would have received it much sooner if you had chosen to overcome the rebellious spirit that he passed on to you.”

Abbot began to tremble. The weight of the truth seemed to crush him. Jesus continued, “Every person is given a lifetime of opportunities to receive the Truth and accept Me in the fullness of the Word that I Am. The Truth has been provided by grace through many means. I gave you My Holy Spirit so that you would recognized the Truth and embrace it and learn from it.”

Jesus pointed to several children. “Look,” he said. “These are older than most of the of the precious ones who were aborted. And some are much older. These are the children of parents who learned the Truth and repented for their grievous sin. They began to love their aborted children and even gave them names. The love between parent and child has been flowing like a healing river of life.”

Abbot felt strengthened by the mercy that exuded from Jesus. “That’s good; I’m glad!” he said.

“But look at all these other babies who are still waiting for their parents’ love,” Jesus said as his pointing finger swept over the vista of small faces, their eyes longingly searching for ungranted love. Abbot could feel their deep yearning, the life that was missing because of the love that was missing. His agony of regret began to burn like a fire purging out pieces of his soul that he had cherished as favorite character traits.

He knew, with a new openness to the Truth, that he would never find relief from such terrible regret until each of their parents reached their own openness to the Truth. How many of them would have to die, like he did, before entering into a love relationship with their children? Abbot’s time of waiting for the completion of his own healing was going to be multiple generations long. Until then, he would not be totally free to enjoy the fullness of heaven, imprisoned by the knowledge of how terrible his sins had been, his regrets burning in his soul like a fire.

“That’s not fair!” he complained to Jesus. “Why do I have to wait for each of their relationships to be healed? Had I accepted on earth the Truth that I know now, even then I could never have met up with each and every person to speak the Truth to them and undo the damage that I had influenced. It’s impossible!” Passing in front of his eyes came memories of all of the various ways he had led others away from other Truths as well, and his agony of regret grew more terrible.

“For humans it is impossible. For God it is not. This is why,” Jesus explained, “I provided the Sacrament of Reconciliation. My priests, in whom I am present through the Sacrament of Holy Orders, are connected to the whole Body of Christ. When people regret their sins and seek forgiveness through My priests, they confess not only to Me but to all. The priest’s sacrifice and Mine provide communal healing from and for the whole community. I absolve the sins in My Mercy, the healing begins immediately, and the repentant one is set free from the need to wait for death. But you have chosen to remain influenced by the rebellions of those who divided themselves from my Sacraments.”

Abbot now saw a long line of people who had influenced him away from the Truth about the Sacraments and the Church that offered them. And he saw another crowd of people — those whom he had influenced to stay away from the Truth of the Church. Forgiveness flowed from them, and Abbot could feel its purifying power healing his soul. Gladly, Abbot contributed his own request for forgiveness.

And so, more love filled heart.

His daughter yanked on his hand. “Let’s go, Daddy! Show me the mountains you love to climb!” Off they went with Jesus, who playfully joined them. Abbot felt freer and more loved than he had ever felt in his entire life. Best of all, he felt more love pour out of him as he gave more love than he had ever given before. With joy for the purifying regret that still remained, he kept an eye out for new people entering heaven so that he could ask for their forgiveness and receive more love as he gave more love. 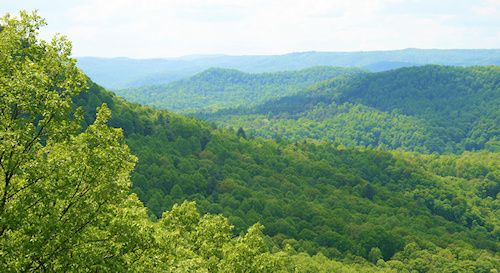 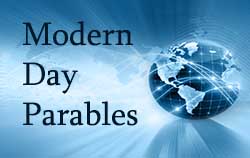